Theory of Simple Liquids: With Applications to Soft Matter (Paperback) 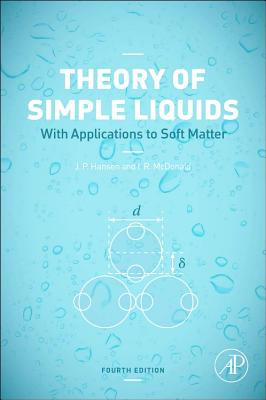 Comprehensive coverage of topics in the theory of classical liquids

Widely regarded as the standard text in its field, Theory of Simple Liquids gives an advanced but self-contained account of liquid state theory within the unifying framework provided by classical statistical mechanics. The structure of this revised and updated Fourth Edition is similar to that of the previous one but there are significant shifts in emphasis and much new material has been added.