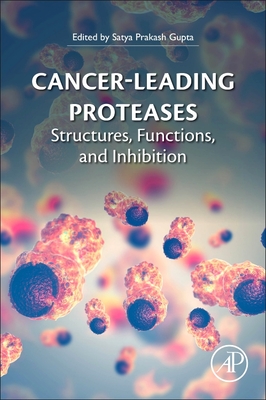 Cancer-Leading Proteases: Structures, Functions, and Inhibition presents a detailed discussion of the role of proteases as drug targets and how they have been utilized to develop anticancer drugs. Proteases possess outstanding diversity in their functions. Because of their unique properties, proteases are a major focus of attention for the pharmaceutical industry as potential drug targets or as diagnostic and prognostic biomarkers. A detailed discussion on the mechanism of inhibition of any kind of enzymes provides the rationale to design selective, potent drugs against diseases. The book covers the structure and functions of proteases and also the chemical and biological rationale of drug design as to how these proteases can be exploited to find useful chemotherapeutics against cancers. Cancer- Leading Proteases Structures, Functions, and Inhibition also encompasses the experimental and theoretical aspects of anticancer drug design based on proteases. It is a useful resource for pharmaceutical scientists, medicinal chemists, biochemists, microbiologists, and cancer researchers working on proteases.