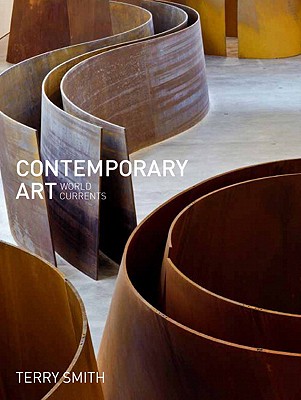 TERRY SMITH, FAHA, CIHA, is Andrew W. Mellon Professor of Contemporary Art History and Theory in the Department of the History of Art and Architecture at the University of Pittsburgh, and a Visiting Professor in the Faculty of Architecture, Design and Planning at the University of Sydney. He is the 2009 winner of the Franklin Jewlett Mather Award for art criticism conferred by the College Art Association (USA). During 2001-2002 he was a Getty Scholar at the Getty Research Institute, Los Angeles, and in 2007-8 the GlaxoSmithKlein Senior Fellow at the National Humanities Research Centre, Raleigh-Durham. From 1994-2001 he was Power Professor of Contemporary Art and Director of the Power Institute, Foundation for Art and Visual Culture, University of Sydney. He was a member of the Art & Language group (New York) and a founder of Union Media Services (Sydney). During the 1970s he was art critic at these Australian newspapers: Weekend Australian, Nation Review, Times on Sunday; he continues to write for art journals and magazines throughout the world. A foundation Board member of the Museum of Contemporary Art, Sydney, he is currently a Board member of the Andy Warhol Museum, Pittsburgh.