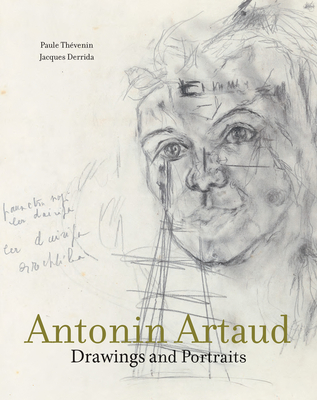 Antonin Artaud (1896-1948)--stage and film actor, director, writer, and visual artist--was a man of rage and genius. Expelled from the Surrealist movement for his refusal to renounce the theatre, he founded the Theater of Cruelty and wrote The Theater and Its Double, one of the key twentieth-century texts on the topic. Artaud spent nine years at the end of his life in asylums, undergoing electroshock treatments. Released to the care of his friends in 1946, he began to draw again.This book presents drawings and portraits from this late resurgence, all in color. Accompanying the images are texts by by Artaud's longtime friend and editor Paule Th venin and the philosopher Jacques Derrida.

"We won't be describing any paintings," Derrida warns the reader. Derrida struggles with Artaud's peculiar language, punctuating his text with agitated footnotes and asides (asking at one point, "How will they translate this?"). Th venin offers a more straightforward biographical and historical account. (It was on the walls of her apartment that Derrida first saw Artaud's paintings and drawings.) These two texts were previously published by the MIT Press in The Secret Art of Antonin Artaud without the artwork that is their subject. This book brings together art and text for the first time in English.