The Sciences of the Artificial 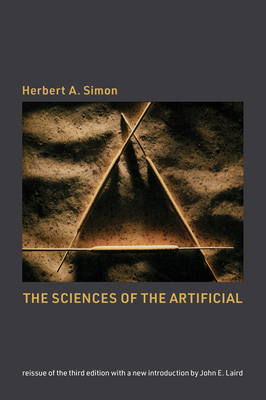 Herbert Simon's classic work on artificial intelligence in the expanded and updated third edition from 1996, with a new introduction by John E. Laird.

Herbert Simon's classic and influential The Sciences of the Artificial declares definitively that there can be a science not only of natural phenomena but also of what is artificial. Exploring the commonalities of artificial systems, including economic systems, the business firm, artificial intelligence, complex engineering projects, and social plans, Simon argues that designed systems are a valid field of study, and he proposes a science of design. For this third edition, originally published in 1996, Simon added new material that takes into account advances in cognitive psychology and the science of design while confirming and extending the book's basic thesis: that a physical symbol system has the necessary and sufficient means for intelligent action.

Simon won the Nobel Prize for Economics in 1978 for his research into the decision-making process within economic organizations and the Turing Award (considered by some the computer science equivalent to the Nobel) with Allen Newell in 1975 for contributions to artificial intelligence, the psychology of human cognition, and list processing. The Sciences of the Artificial distills the essence of Simon's thought accessibly and coherently. This reissue of the third edition makes a pioneering work available to a new audience.