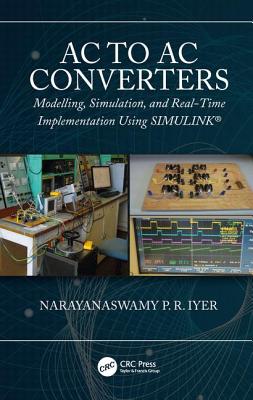 Narayanaswamy P R Iyer received his M.E. degree by Research and Ph.D. degree both in the area of Power Electronics and Drives from the University of Technology Sydney, NSW and Curtin University of Technology, Perth, WA, Australia respectively. He received his B.Sc.(Engg)(Electrical) and M.Sc.(Engg)(Power Systems) degrees from University of Kerala and University of Madras respectively. He worked as a part time faculty with the department of Electrical Engineering, UNSW, Kensington, NSW and UTS, NSW. Earlier he had worked as a full time faculty in the Department of Electrical Engineering, GEC, Trichur, Kerala, VEC, Vellore and RREC, Chennai. He was a research fellow in the Faculty of Engineering, PEMC group, the University of Nottingham, England during July 2012 to March 2014. Presently he is an Electronics Consultant managing his own consultancy organization. He has more than two decades of experience in the modelling of electrical and electronic circuits, power electronic converters and electric drives using various software packages like MATLAB/SIMULINK, PSIM, PSCAD, PSPICE, MICROCAP etc. and has published several papers in this area in leading conferences and journals. He has to his credit several discoveries such as Three Phase Clipped Sinusoid PWM Inverter, Single Programmable and Dual Programmable Rectifier Using Three Phase Matrix Converter Topology, A Novel AC to AC Converter Using a DC Link and a submitted patent on A Single Phase AC to PWM Single Phase AC and DC Converter with alternative title Swamy Converter. He is a chartered professional engineer of Australia.