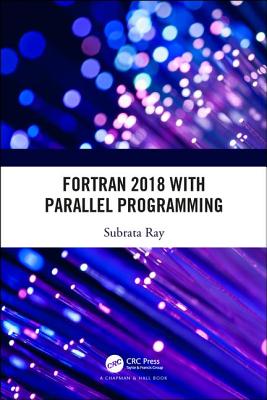 The programming language Fortran dates back to 1957 when a team of IBM engineers released the first Fortran Compiler. During the past 60 years, the language had been revised and updated several times to incorporate more features to enable writing clean and structured computer programs. The present version is Fortran 2018. Since the dawn of the computer era, there had been a constant demand for a "larger" and "faster" machine. To increase the speed there are three hurdles. The density of the active components on a VLSI chip cannot be increased indefinitely and with the increase of the density heat dissipation becomes a major problem. Finally, the speed of any signal cannot exceed the velocity of the light. However, by using several inexpensive processors in parallel coupled with specialized software and hardware, programmers can achieve computing speed similar to a supercomputer.

This book can be used to learn the modern Fortran from the beginning and the technique of developing parallel programs using Fortran. It is for anyone who wants to learn Fortran. Knowledge beyond high school mathematics is not required. There is not another book on the market yet which deals with Fortran 2018 as well as parallel programming.

Dr Subrata Ray, is a retired Professor, Indian Association for the Cultivation of Science, Kolkata.

Dr Subrata Ray is a retired Senior Professor of the Indian Association for the Cultivation of Science, Kolkata. Spanning over a period of 40 years he taught computer software in Universities, Research Institutes, Colleges and Professional Bodies of the country. As an in-charge of computer centres he had built several computer centres almost from the scratch in universities and research institutes. Though his field of specialization is scientific computing, yet he participated in developing many Systems and Commercial Software.

He obtained M.Sc, Post M.Sc (Saha Institute of Nuclear Physics) and PhD from the Calcutta University and served renowned institutes like Tata Institute of Fundamental Research, Indian Institute of Technology, Kharagpur, Regional Computer Centre, Calcutta, University of Burdwan and Indian Association for the Cultivation of Science.

He is actively associated with the voluntary blood donation movement of the country and is an active member of the Association of Voluntary Blood Donors, West Bengal. He offers his voluntary services to the Eye Care & Research Centre and the National Council of Education, Bengal.

He is an amateur photographer.

He is married to Sanghamitra and they have a daughter Sumitra. He lives in Kolkata with his brother Debabrata and sister Uma.