The Signal: The History of Signal Processing and How We Communicate 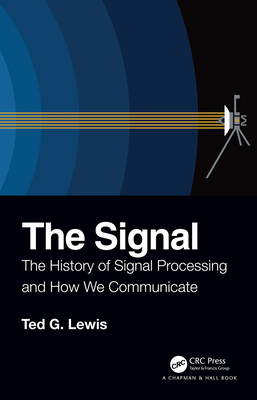 Computers are the foundation of the information age, but communication technology is the foundation of the foundation. Without the theories and practical applications of theory brought to us by the pioneers of communication, the computer age would perhaps have remained in the back office, hidden away as infrastructure like electricity or running water - critical to modern life, but not as transforming as the combination of communications and computing. The information age exploded once machines were endowed with the ability to talk among themselves. The Signal connects everything to everything else, in both communication, and in the metaphorical sense as the link between and among people.

Ted G. Lewis was a professor of computer science and Executive Director of the Center for Homeland Defense and Security at the Naval Postgraduate School in Monterey, California. He has previously held a variety of positions within IEEE Computer Science (EIC of IEEE software, EIC of IEEE COMPUTER), industry (CEO Daimler Chrysler Research and Technology NA, Senior Vice President of Eastman Kodak) and academia (University of Louisiana, Oregon State University, Naval Postgraduate School). Lewis is the author of over 30 books and 100 papers on computing, critical infrastructure, and complexity.