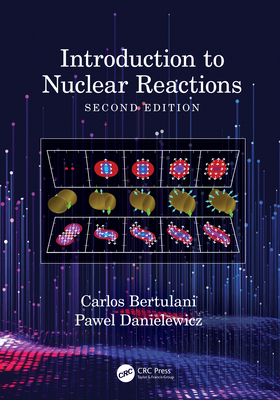 Until the publication of the first edition of Introduction to Nuclear Reactions in 2004, an introductory reference on nuclear reactions had been unavailable. Now, fully updated throughout, this second edition continues to provide an authoritative overview of nuclear reactions. It discusses the main formalisms, ranging from basic laws to the final formulae used in academic research to calculate measurable quantities.

Well known in their fields, the authors begin with a basic introduction to elements of scattering theory followed by a study of its applications to specific nuclear reactions. Early chapters give a framework of compound nucleus formation and its decay, fusion, fission, and direct reactions, that can be easily understood by the novice. These chapters also serve as prototypes for applications of the underlying physical ideas presented in previous chapters. The largest section of the book comprises the physical models that have been developed to account for the various aspects of nuclear reaction phenomena, including reactions in stellar environments, cosmic rays, and during the big bang. The final chapters survey applications of the eikonal wavefunction and of nuclear transport equations to nuclear reactions at high energies.

By combining a thorough theoretical approach with applications to recent experimental data, Introduction to Nuclear Reactions helps you understand the results of experimental measurements rather than describe how they are made. A clear treatment of the topics and coherent organization make this information understandable to students and professionals with a solid foundation in physics as well as to those with a more general science and technology background.

Carlos Bertulani is a Professor at the Texas A&M University-Commerce. He teaches undergraduate and graduate courses in physics. His research is focused on the theoretical modelling of nuclear reactions, nuclear structure and nuclear astrophysics.

Pawel Danielewicz is a Professor at the Michigan State University, East Lansing. His research concentrates on the theory of central nuclear reactions and associated many-body physics. He teaches physics at both undergraduate and graduate levels.