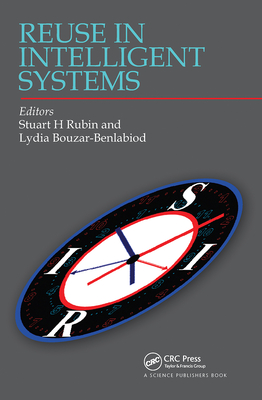 The book is based on the best papers of IEEE IRI 2018 and IEEE FMI 2018, Salt Lake City, July, 2018. They have been enhanced and modified suitably for publication. The book comprises recent works covering several aspects of reuse in intelligent systems - including Scientific Theory and Technology-Based Applications. New data analytic algorithms, technologies, and tools are sought to be able to manage, integrate, and utilize large amounts of data despite hardware, software, and/or bandwidth constraints; to construct models yielding important data insights, and to create visualizations to aid in presenting and understanding the data. Furthermore, it addresses the representation, cleansing, generalization, validation, and reasoning strategies for the scientifically-sound and cost-effective advancement of all kinds of intelligent systems - including all software and hardware aspects. The book addresses problems such as, how to optimally select the information/data sets for reuse and how to optimize the integration of existing information/knowledge with new, developing information/knowledge sources!

Stuart H. Rubin has a PhD in Information Science from Lehigh University and a certificate for Embodied Intelligence from MIT. He was an ONT Post-Doctoral Fellow and a tenured professor of computer science at CMU. He has over 39 Navy patents, over 332 publications - including five book chapters plus five books, and has received five publication awards. He is a Fellow of the IEEE, SIRI, the NAI, and the AAAS.

Lydia Bouzar-Benlabiod is an assitant professor at Laboratoire de Communication des Systèmes Informatiques (LCSI), Ecole Nationale Supérieure d'Informatique (ESI, Algeria). She received a PhD degree in Computer Science from ESI and from Université d'Artois (France) in 2015. She received a magisterial degree from ESI in 2010. She is a member of The International Society of Applied Intelligence. She has co-edited a book (published by Springer) and a special issue of the ISF Springer journal with Dr. Stuart Rubin.