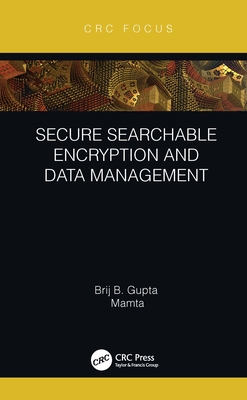 With the advent of the IT revolution, the volume of data produced has increased exponentially and is still showing an upward trend. This data may be abundant and enormous, but it's a precious resource and should be managed properly. Cloud technology plays an important role in data management.

Storing data in the cloud rather than on local storage has many benefits, but apart from these benefits, there are privacy concerns in storing sensitive data over third-party servers. These concerns can be addressed by storing data in an encrypted form; however, while encryption solves the problem of privacy, it engenders other serious issues, including the infeasibility of the fundamental search operation and a reduction in flexibility when sharing data with other users, amongst others.

The concept of searchable encryption addresses these issues. This book provides every necessary detail required to develop a secure, searchable encryption scheme using both symmetric and asymmetric cryptographic primitives along with the appropriate security models to ensure the minimum security requirements for real-world applications.

Brij B. Gupta received PhD degree from Indian Institute of Technology Roorkee, India in the area of Information and Cyber Security. In 2009, he was selected for Canadian Commonwealth Scholarship awarded by Government of Canada. He published more than 250research papers in International Journals and Conferences of high repute including IEEE, Elsevier, ACM, Springer, Wiley, Taylor & Francis, Inderscience, etc. He has visited several countries, i.e. Canada, Japan, Malaysia, Australia, China, Hong-Kong, Italy, Spain etc to present his research work. His biography was selected and published in the 30th Edition of Marquis Who's Who in the World, 2012. Dr. Gupta also received Young Faculty research fellowship award from Ministry of Electronics and Information Technology, Government of India in 2017. He is also working as principal investigator of various R&D projects. He is serving as associate editor of IEEE Access, IEEE TII, Associate editor of IJICS, Inderscience and Executive editor of IJITCA, Inderscience, respectively. He is also serving as reviewer for Journals of IEEE, Springer, Wiley, Taylor & Francis, etc. He is also serving as guest editor of various reputed Journals. He was also visiting researcher with University of Murcia (UMU), Spain, Deakin University, Australia and Yamaguchi University, Japan in 2018, 2017 and 2015, respectively. At present, Dr. Gupta is working as Assistant Professor in the Department of Computer Engineering, National Institute of Technology Kurukshetra India. His research interest includes Information security, Cyber Security, Cloud Computing, Web security, Intrusion detection and Phishing. Ms Mamta is a Research Scholar at National Institute of Technology Kurukshetra, India