What Is Real?: The Unfinished Quest for the Meaning of Quantum Physics (Hardcover) 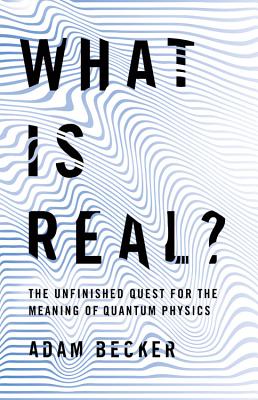 The untold story of the heretical thinkers who dared to question the nature of our quantum universe
Every physicist agrees quantum mechanics is among humanity's finest scientific achievements. But ask what it means, and the result will be a brawl. For a century, most physicists have followed Niels Bohr's Copenhagen interpretation and dismissed questions about the reality underlying quantum physics as meaningless. A mishmash of solipsism and poor reasoning, Copenhagen endured, as Bohr's students vigorously protected his legacy, and the physics community favored practical experiments over philosophical arguments. As a result, questioning the status quo long meant professional ruin. And yet, from the 1920s to today, physicists like John Bell, David Bohm, and Hugh Everett persisted in seeking the true meaning of quantum mechanics. What Is Real? is the gripping story of this battle of ideas and the courageous scientists who dared to stand up for truth.

Adam Becker is a science writer with a PhD in astrophysics. He has written for the New York Times, the BBC, NPR, Scientific American, New Scientist, and other publications. He is a visiting scholar at University of California, Berkeley's Office for History of Science and Technology. He lives in California.