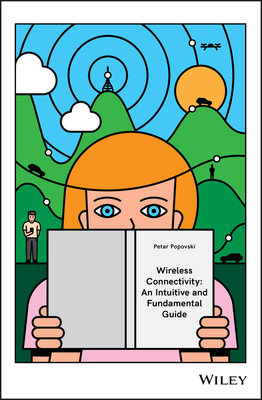 Wireless connectivity has become an indispensable part, a commodity associated with the way we work and play. The latest developments, the 5G, next-generation Wi-Fi and Internet of Things connectivity, are the key enablers for widespread digitalization of practically all industries and public sector segments. This immense development within the last three decades have been accompanied by a large number of ideas, articles, patents, and even myths. This book introduces the most important ideas and concepts in wireless connectivity and discusses how these are interconnected, whilst the mathematical content is kept minimal. The book does not follow the established, linear structure in which one starts from the propagation and channels and then climbs up the protocol layers. The structure is, rather, nonlinear, in an attempt to follow the intuition used when one creates a new technology to solve a certain problem.

The target audience is:

Petar Popovski is a Professor of Wireless Communications at Aalborg University and Fellow of the IEEE. He received his Dipl.-Ing and M. Sc. degrees in Communication Engineering from the University of Sts. Cyril and Methodius in Skopje and the Ph.D. degree from Aalborg University in 2005. He has over 300 publications in journals, conference proceedings, and edited books. He holds over 30 patents and patent applications. He received an ERC Consolidator Grant (2015), the Danish Elite Researcher award (2016), IEEE Fred W. Ellersick prize (2016), and IEEE Stephen O. Rice prize (2018). He is featured in the list of Highly Cited Researchers 2018, compiled by Web of Science. His research interests are in the area of wireless communication and communication theory.