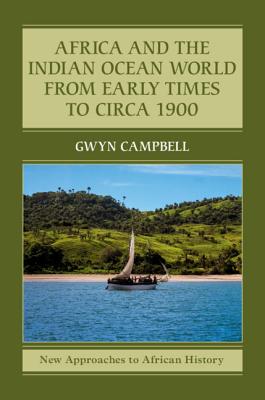 The history of Africa's historical relationship with the rest of the Indian Ocean world is one of a vibrant exchange that included commodities, people, flora and fauna, ideas, technologies and disease. This connection with the rest of the Indian Ocean world, a macro-region running from Eastern Africa, through the Middle East, South and Southeast Asia to East Asia, was also one heavily influenced by environmental factors. In presenting this rich and varied history, Gwyn Campbell argues that human-environment interaction, more than great men, state formation, or imperial expansion, was the central dynamic in the history of the Indian Ocean world (IOW). Environmental factors, notably the monsoon system of winds and currents, helped lay the basis for the emergence of a sophisticated and durable IOW 'global economy' around 1,500 years before the so-called European 'Voyages of Discovery'. Through his focus on human-environment interaction as the dynamic factor underpinning historical developments, Campbell radically challenges Eurocentric paradigms, and lays the foundations for a new interpretation of IOW history.