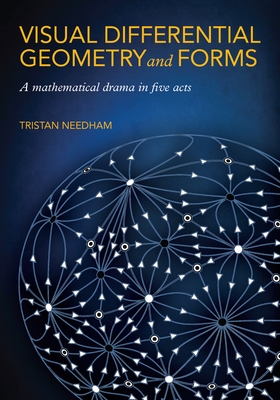 An inviting, intuitive, and visual exploration of differential geometry and forms

Unique features of the first four acts include: four distinct geometrical proofs of the fundamentally important Global Gauss-Bonnet theorem, providing a stunning link between local geometry and global topology; a simple, geometrical proof of Gauss's famous Theorema Egregium; a complete geometrical treatment of the Riemann curvature tensor of an n-manifold; and a detailed geometrical treatment of Einstein's field equation, describing gravity as curved spacetime (General Relativity), together with its implications for gravitational waves, black holes, and cosmology. The final act elucidates such topics as the unification of all the integral theorems of vector calculus; the elegant reformulation of Maxwell's equations of electromagnetism in terms of 2-forms; de Rham cohomology; differential geometry via Cartan's method of moving frames; and the calculation of the Riemann tensor using curvature 2-forms. Six of the seven chapters of Act V can be read completely independently from the rest of the book.

Requiring only basic calculus and geometry, Visual Differential Geometry and Forms provocatively rethinks the way this important area of mathematics should be considered and taught.

Tristan Needham is professor of mathematics at the University of San Francisco. He is the author of Visual Complex Analysis.