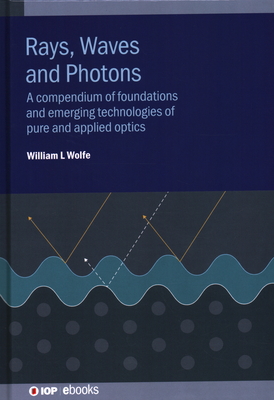 Rays Waves and Photons is a history of the development of our knowledge of light and its many applications. For example, the development of telescopes is outlined from their first invention by Hans Lippershey, its improvement and use by Galileo all the way to the proposed James Webb telescope in space and the Giant Magellan one in the Andes. The history of infrared applications is covered from its discovery by William Herschel through its development in Germany until its use in, among other things, finding the Boston bomber. Some forty different subjects are described historically including optical design, microscopes, cameras, spectacles, military, medical and fiber optics and lasers. Each has its own chapter and its own history.