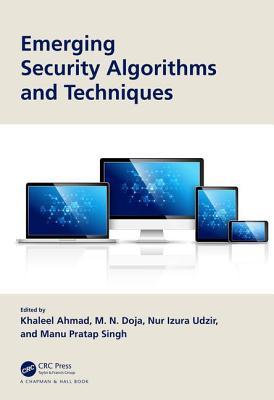 Cyber security is the protection of information systems, hardware, software, and information as well from theft, damages, interruption or misdirection to any of these resources. In other words, cyber security focuses on protecting computers, networks, programs and data (in use, in rest, in motion) from unauthorized or unintended access, change or destruction. Therefore, strengthening the security and resilience of cyberspace has become a vital homeland security mission.

The book offers comprehensive coverage of the most essential topics, including:

This book serve as a textbook/ reference book for UG, PG, PhD students, Teachers, Researchers and Engineers in the disciplines of Information Technology, Computer Science and Engineering, Electronics and Communication Engineering.

is currently a Professor in the Department of Computer Engineering at Jamia Millia Islamia (A Central University), New Delhi, India. In addition, he is also Honorary Honorary Director, FTK-Centre for Information Technology Jamia Milllia Islamia (A Central University). He is a founder Head, Department of Computer Engineering. He has 33 years teaching and 3 years industry experience. He has nominated as Chief Information Security by Ministry of Electronics & Information Technology, Government Of India and Nodal Officer of Digital India. He was Chairman and Member of a number of committees constituted by UGC, MHRD, AICTE, other universities and other external agencies. He has completed successfully project of Rs. 65 Lakhs (INR) and other projects of 8.74 Crore (INR) and 40 Lakhs are going on. His areas of specialization are Mobile Ad hoc Network, Information security, Computer Network, Soft Computing. He has supervised 16 PhD and 8PhD under progress. He has filed a patent entitled "Method to select sext best mobility anchor point (MAP) before band off process reducing handoff latency" vide aplication no. 581/DEL/2009 in 2009. He has published more than 150 papers in Journal and Conference proceedings of International and National repute. He has published two books. He is a reviewer and editor for a number of Journals of International and National repute. He has also delivered keynote speeches and expert talks, and also as invited speaker at various international conferences in India and abroad.

is an academic staff at the Faculty of Computer Science and Information Technology, Universiti Putra Malaysia (UPM) since 1998. She received her Bachelor of Computer Science (1995) and Master of Science (1998) from UPM, and her PhD in Computer Science from the University of York, UK (2006). Her areas of specialization are access control, intrusion detection systems, secure operating systems, coordination models and languages, and distributed systems. She has served as the Head of Department of Computer Science and is currently a member of the Information Security Group (which she led in 2008-2013) at the faculty. She is a member of IEEE Computer Society, Malaysian Society for Cryptology Research (MSCR), the Society of Digital Information and Wireless Communications (SDIWC), and currently served as a Committee Member of the Information Security Professionals Association of Malaysia (ISPA.my). Dr. Nur Izura has supervised and co-supervised over 30 PhD students and over 15 Master (by research) students. She has written a book, "Pengenalan kepada Pengaturcaraan C++" (Introduction to C++ Programming) (2001), and has published over 60 articles in journals and as book chapters, and over 80 international conference proceedings, thus earning a H-index of 9 in Scopus (H-index 15 in Google Scholar) as of March 2016. In addition, she has won various awards for her contributions in academic and research, including six Best Paper Awards at international conferences and the MIMOS Prestigious Award 2015 for the supervision of her student's doctoral thesis. She has also delivered keynote speeches and expert talks, and also as invited speaker at various international conferences.

is currently an Assistant Professor in the Department of Computer Science & Information Technology at Maulana Azad National Urdu University, Hyderabad with over 6 years of experience in Academic and Research. He holds a PhD in Computer Science & Engineering and M.Tech in Information Security. His research area is Opportunistic Network, Information Security and Cryptography. He has completed successfully project of Rs. 1.05 Lakh (INR). He has supervised 5 M.Tech. Dissertations and 2 PhD under progress. He has 35 published papers in refereed Journals and conferences (viz. Elsevier, ACM, IEEE, and Springer), 14 book chapters (Taylor & Francis Group, IGI Global). He has edited a book published by Taylor & Francis, Proceeding of International Conference published by McGraw Hill. He has authored of one book titled "Secure Communication in oppnets Using ECC" published by Lap Lambert Academic Publishing. He has delivered guest lectures at the Central University of Haryana, India and Telangana University, India and also chaired the technical session at an international conference in Malaysia and India. He is also the life member of various international/national research societies viz. ISTE, CRSI, ISCA, IACSIT (Singapore), IAENG (Hong Kong), IARCS, ISOC (USA). In addition, he is associated with many international research organizations as editorial board member and reviewer.

received his Ph.D. in Computer science from Kumaun University Nanital, Uthrakhand, India, in 2001. He has completed his Master of Science in Computer Science from Allahabad University, Allahabad in 1995. Further he obtained the M. Tech. in Information technology from Mysore. He is currently as Associate Professor in Department of Computer Science, Institute of Engineering and Technology, Dr. B.R. Ambedkar University, Agra, UP, India since 2008. He is engaged in teaching and research since last 17 years. He has more than 90 research papers in journals of international and national repute. His work has been recognized widely around the world in the form of citations of my research papers. He also has received the Young Scientist Award in computer science by international Academy of Physical sciences, Allahabad in year 2005. He has guided 18 students for their doctorate in computer science. He is also referee of various international and national journals like International Journal of Uncertainty, Fuzziness and Knowledge Based Systems by World scientific publishing cooperation Ltd, International Journal of Engineering, Iran, IEEE Transaction of fuzzy systems and European journal of operation research by Elsevier. His research interests are focused on Neural networks, pattern recognition and machine intelligence He is a member of technical committee of IASTED, Canada since 2004. He is also the regular member of machine intelligence Research Labs (MIR Labs), scientific network for innovation and research excellence (SNIRE), Auburn, Washington, USE, http: //www.mirlabs.org, since 2012. His Google citation indices are 9, i10-index is 8 and he has 257 citations. He has been invited as keynote speaker and invited guest speaker in various institutions in India and Abroad.