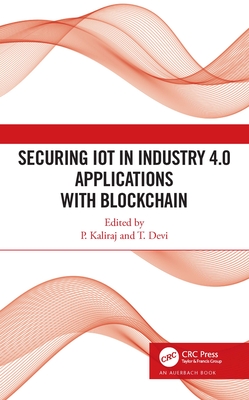 The Industry 4.0 revolution is changing the world around us. Artificial intelligence and machine learning, automation and robotics, big data, Internet of Things, augmented reality, virtual reality, and creativity are the tools of Industry 4.0. Improved collaboration is seen between smart systems and humans, which merges humans' critical and cognitive thinking abilities with highly accurate and fast industrial automation.

Securing IoT in Industry 4.0 Applications with Blockchain examines the role of IoT in Industry 4.0 and how it can be made secure through various technologies including blockchain. The book begins with an in-depth look at IoT and discusses applications, architecture, technologies, tools, and programming languages. It then examines blockchain and cybersecurity, as well as how blockchain achieves cybersecurity. It also looks at cybercrimes and their preventive measures and issues related to IoT security and trust.

Prof. T. Devi is the dean of faculty of research at the Department of Computer Applications, Bharathiar University, Coimbatore, India.