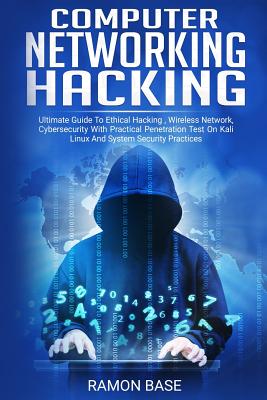 Buy the Paperback version of this book, and get the Kindle eBook version included for FREE

Do you want to make a career in an exciting and rewarding field like computer management? Are you interested in training for a job that helps in manipulating the normal behaviour of the network connections, in order to provide help for a noble cause?

The truth is Computer networking is a field which is always evolving. It requires the help of a well-researched study o0f the operating systems and network configurations to excel in them.

True hacking once referred to activities which were meant for good intentions. Malicious things done to impose an attack on the computer networks were officially known as cracking. Protecting a network and the various devices or computers attached to it from phishing, Trojans, unauthorized access and malware is a very important job and requires much practice and knowledge.

The goal of the book is simple: The eBook is the ultimate guide to ethical hacking. It provides a complete knowledge about hacking, its types, getting started with ethical hacking, wireless network hacking, installing and using kali Linux, virtualizing machines and description of the main programs which are used in the world.

You will also learn:

Scroll to the top of the page and select the buy now button.