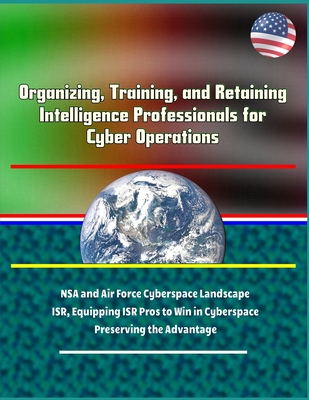 The U.S. Department of Defense's recent growth in cyber has outpaced the Air Force's ability to adequately organize, train and retain cyber expertise. This is especially true within Air Force intelligence, a critical component of the Department's Cyber Mission Force construct and a significant contributor to the national intelligence community. To regain and retain the competitive advantage in the cyberspace domain, the Air Force must develop training tailored to each specific intelligence specialty code working in or supporting cyber operations, it must examine its organizational construct splitting the cyber force between two Major Commands, it must consider re-specialization of the 14N career field and it must examine retention mechanisms and consider options such as establishment of a Warrant Officer career field to ensure long term retention of talent. This study uses a qualitative approach to argue that the Air Force is currently not effectively planning for the organization, training or retention of Air Force intelligence professionals working in cyberspace operations.This compilation includes a reproduction of the 2019 Worldwide Threat Assessment of the U.S. Intelligence Community.The digital battlefield transitioned from theory to reality at a rapid pace with a growing number of adversaries looking to the cyber domain to gain an asymmetric advantage. The traditional intelligence-gathering tradecrafts among many nations now include cyber espionage. Malicious actors, state-sponsored or not, can use network attacks to inflict significant damage on their adversaries. The extent of attacks against the U.S. is staggering; the Deputy Director of the National Security Agency (NSA), Richard Ledgett, estimates that there are "hundreds of thousands" attempted intrusions on U.S. networks each day. The Department of Defense (DoD) acknowledges this threat and has prioritized growth in cyber capabilities despite an austere budget environment. Cyber features prominently within the 2015 National Military Strategy (NMS), which highlights a growing cyber threat to U.S. interests. In response, the DoD has invested human capital into the Cyber Mission Force, a framework of national and regionally focused cyber teams under U.S. Cyber Command, with offensive and defensive capabilities. The 2015 NMS recognizes people as the military's competitive advantage and highlights the need to reward and retain technical talent. The Air Force Future Operating Concept, 2015, echoes this strategy with specific goals to enhance training and modernize Airman management mechanisms within Air Force Core Mission areas, including Global Integrated Intelligence, Surveillance, and Reconnaissance (GIISR).