Trino: The Definitive Guide: SQL at Any Scale, on Any Storage, in Any Environment 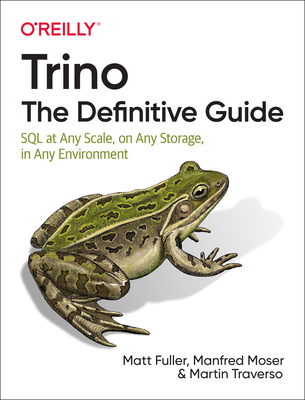 Perform fast interactive analytics against different data sources using the Trino high-performance distributed SQL query engine. With this practical guide, you'll learn how to conduct analytics on data where it lives, whether it's Hive, Cassandra, a relational database, or a proprietary data store. Analysts, software engineers, and production engineers will learn how to manage, use, and even develop with Trino.

Initially developed by Facebook, open source Trino is now used by Amazon, Google, LinkedIn, Lyft, Netflix, Pinterest, Salesforce, Shopify, and many other companies. Matt Fuller, Manfred Moser, and Martin Traverso show you how a single Trino query can combine data from multiple sources to allow for analytics across your entire organization.