The Prehistory of Britain and Ireland 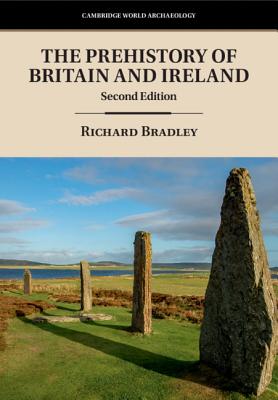 Sited at the furthest limits of the Neolithic revolution and standing at the confluence of the two great sea routes of prehistory, Britain and Ireland are distinct from continental Europe for much of the prehistoric sequence. In this landmark study, Richard Bradley offers an interpretation of the unique archaeological record of these islands. Highlighting the achievements of its inhabitants, Bradley surveys the entire archaeological sequence over a 5,000 year period, from the last hunter-gatherers and the adoption of agriculture in the Neolithic period, to the discovery of Britain and Ireland by travellers from the Mediterranean during the later pre-Roman Iron Age. His study places special emphasis on landscapes, settlements, monuments, and ritual practices. This edition has been thoroughly revised and updated. The text takes account of recent developments in archaeological science, such as isotopic analyses of human and animal bone, recovery of ancient DNA, and more subtle and precise methods of radiocarbon dating.