What Is Christian Democracy?: Politics, Religion and Ideology 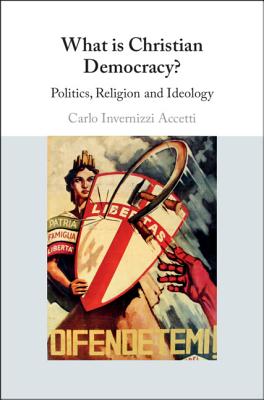 Christian Democratic actors and thinkers have been at the forefront of many of the twentieth century's key political battles - from the construction of the international human rights regime, through the process of European integration and the creation of postwar welfare regimes, to Latin American development policies during the Cold War. Yet their core ideas remain largely unknown, especially in the English-speaking world. Combining conceptual and historical approaches, Carlo Invernizzi Accetti traces the development of this ideology in the thought and writings of some of its key intellectual and political exponents, from the mid-nineteenth century to the present day. In so doing he sheds light on a number of important contemporary issues, from the question of the appropriate place of religion in presumptively 'secular' liberal-democratic regimes, to the normative resources available for building a political response to the recent rise of far-right populism.