Papyri and the Social World of the New Testament 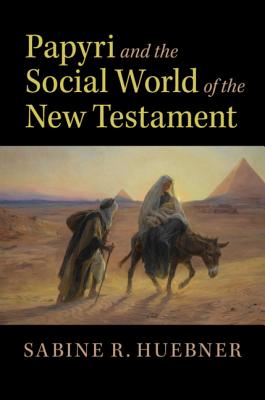 In this book, Sabine R. Huebner explores the world of the protagonists of the New Testament and the early Christians using the rich papyrological evidence from Roman Egypt. This gives us unparalleled insights into the everyday lives of the non-elite population in an area quite similar to neighboring Judaea-Palestine. What were the daily concerns and difficulties experienced by a carpenter's family or by a shepherd looking after his flocks? How did the average man or woman experience a Roman census? What obstacles did women living in a patriarchal society face in private, in public, and in the early Church? Given the flight of Jesus' family into Egypt, how mobile were the lower classes, what was their understanding of geography, and what costs and dangers were associated with travel? This volume gives a better understanding of the structural, social, and cultural conditions under which figures from the New Testament lived.