Feminism and the Servant Problem: Class and Domestic Labour in the Women's Suffrage Movement 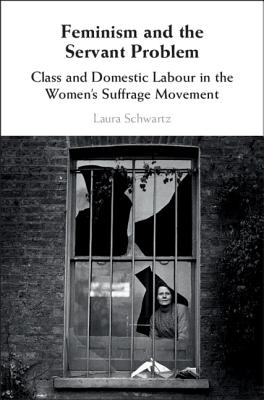 In the early twentieth century, women fought for the right to professional employment and political influence outside the home. Yet if liberation from household 'drudgery' meant employing another woman to do it, where did this leave domestic servants? Both inspired and frustrated by the growing feminist movement, servants began forming their own trade unions, demanding better conditions and rights at work. Feminism and the Servant Problem is the first ever history of how these militant maids and their mistresses joined forces in the struggle for the vote but also clashed over competing class interests. Laura Schwartz uncovers a forgotten history of domestic worker organising and early feminist thinking on reproductive labour, and offers a new perspective on the class politics of the suffrage movement, challenging traditional notions of who made up the British working-class.