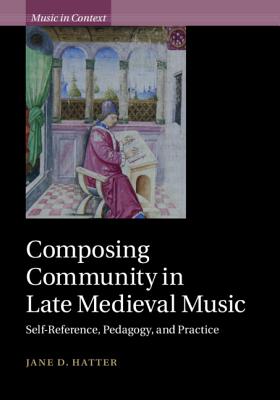 When we sing lines in which a fifteenth-century musician uses ethereal polyphony to complain mundanely about money or hoarseness, more than half a millennium melts away. Equally intriguing are moments in which we experience solmization puns. These familiar worries and surprising jests break down temporal distances, humanizing the lives and endeavors of our musical forebears. Yet many instances of self-reference occur within otherwise serious pieces. Are these simply in-jokes, or are there more meaningful messages we risk neglecting if we dismiss them as comic relief? Music historian Jane D. Hatter takes seriously the pervasiveness of these features. Divided into two sections, this study considers pieces with self-referential features in the texts separately from discussions of pieces based on musical self-referential elements. Examining connections between self-referential repertoire from the years 1450-1530 and similar self-referential creations for painters' guilds, reveals musicians' agency in forming the first communities of early modern composers.