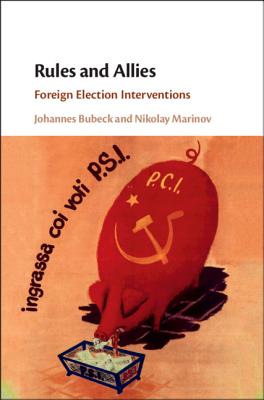 When and how do states intervene in elections in other countries? Foreign interveners may aim to further the process of clean elections, or they may support the campaign of a candidate they like. It could also be in their best interest to do both at the same time. Bubeck and Marinov systematically analyze various scenarios using a dataset covering more than three hundred elections in over a hundred countries. They show both theoretically and empirically that states with a liberal mission, such as the United States, combine promoting democracy with helping their political allies win office. Political divisions invite foreign interventions, and foreign interference, in turn, makes targeted societies more polarized along political lines. Whilst the authors argue that foreign interventions do not always harm democracy and may even help the cause of free elections, they also show how elections can turn into proxy wars, in which powerful states compete against each other, through their local allies.