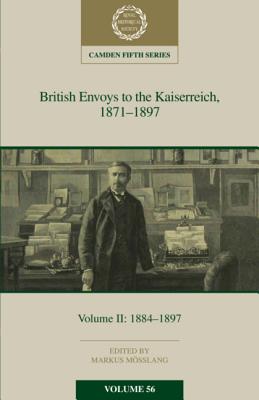 British Envoys to the Kaiserreich, 1871-1897 concentrates on Anglo-German history prior to German Weltpolitik. Volume II presents official diplomatic reports from the British embassy at Berlin (German Empire) and from the four independent legations in Darmstadt (Hesse and Baden), Dresden (Saxony), Stuttgart (W rttemberg), and Munich (Bavaria) during the years 1884 to 1897. The selection reveals the attitudes and perceptions of British observers in a period of great diplomatic activity and complex Anglo-German relations. The dispatches offer new perspectives on the rise of German colonialism and imperialism, the early years of Wilhelm II's reign, the final years of Bismarck's chancellorship and the New Course under his successor Leo von Caprivi, as well as on the varied British interests in Germany and its regional peculiarities. They also mirror the diplomats' increasing attention to German press coverage of both domestic and foreign affairs, and especially to Anglophobic tendencies in German public opinion.