Keeping the Peace: Spatial Differences in Hindu-Muslim Violence in Gujarat in 2002 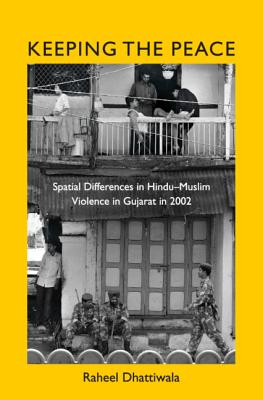 In times of extreme violence, what explains peace in some places? This book investigates geographic variation in Hindu-Muslim violence in Gujarat in 2002, an event witnessed closely by the author. It compares peaceful and violent towns, villages, and neighbourhoods to study how political violence spreads. A combination of statistical and ethnographic methods unpack the mechanisms of crowd behaviour, intergroup relations, and political incentives. Macro-level risk factors that led to the violence are analysed to provide a close understanding of the behaviour of people who participated in the violence, were targeted by it and, often, compelled to carry on living alongside their perpetrators. Findings systematically demonstrate the implicit political logic of the violence. Most of all, by moving up close to the people caught in the middle of violence; findings highlight the interplay between politics, the spatial environment, and the cognitive decision-making processes of individuals.