Image-Makers: The Social Context of a Hunter-Gatherer Ritual 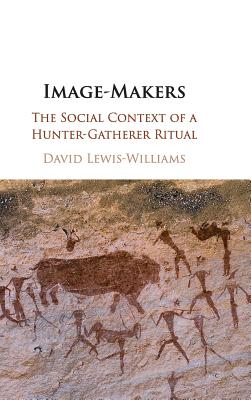 Rock art images around the world are often difficult for us to decipher as modern viewers. Based on authentic records of the beliefs, rituals and daily life of the nineteenth-century San peoples, and of those who still inhabit the Kalahari Desert, this book adopts a new approach to hunter-gatherer rock art by placing the process of image-making within the social framework of production. Lewis-Williams shows how the San used this imagery not simply to record hunts and the animals that they saw, but rather to sustain the social network and status of those who made them. By drawing on such rich and complex records, the book reveals specific, repeated features of hunter-gatherer imagery and allows us insight into social relations as if through the eyes of the San themselves.