Revolutionary Thought After the Paris Commune, 1871-1885 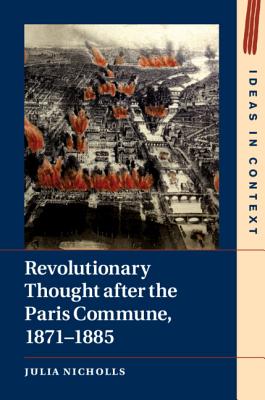 This first comprehensive account of French revolutionary thought in the years between the crushing of France's last nineteenth-century revolution and the re-emergence of socialism as a meaningful electoral force offers new interpretations of the French revolutionary tradition. Drawing together material from Europe, North America, and the South Pacific, Julia Nicholls pieces together the nature and content of French revolutionary thought in this often overlooked era. She shows that this was an important and creative period, in which activists drew upon fresh ideas they encountered in exile across the world to rebuild a revolutionary movement that was both united and politically viable in the changed circumstances of France's new Third Republic. The relative success of these efforts, moreover, has significant implications for the ways in which we understand the founding years of the Third Republic, the nature of the modern revolutionary tradition, and the origins of European Marxism.