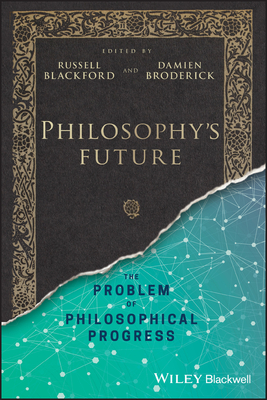 Philosophy's Future: The Problem of Philosophical Progress diagnoses the state of philosophy as an academic discipline and calls it to account, inviting further reflection and dialogue on its cultural value and capacity for future evolution.

RUSSELL BLACKFORD is an Australian philosopher, legal scholar, and literary critic based at the University of Newcastle, New South Wales. His many books include Freedom of Religion and the Secular State (Wiley Blackwell, 2012), The Mystery of Moral Authority (2016) and The Tyranny of Opinion: Conformity and the Future of Liberalism (2019).

DAMIEN BRODERICK is an award-winning Australian science and fiction writer, editor, and critical theorist, and a former Senior Fellow in the School of Culture and Communication at the University of Melbourne. He is the author or editor of some 74 books including, as co-editor with Russell Blackford, Intelligence Unbound: The Future of Uploaded and Machine Minds (Wiley Blackwell, 2014).