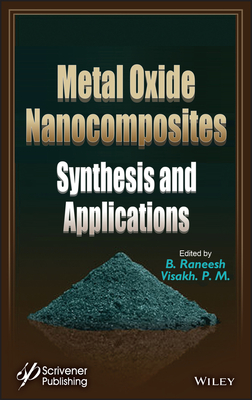 B. Raneesh is an assistant professor in the Department of Physics, Catholicate College, Pathanamthitta, Kerala, India. He received his PhD in Physics from Mahatma Gandhi University, Kerala, India. His current research interests include multiferroics, thin films, nanocomposites, and electron microscopy. He has published more than 25 research articles in peer-reviewed international journals and has co-edited two books.

Visakh P.M. is a prolific editor with more than 30 books published. Since 2017 he is an assistant professor at TUSUR University, Tomsk, Russia after completing his postdoc research at Tomsk Polytechnic University. He obtained his PhD, MPhil and MSc degrees from the School of Chemical Sciences, Mahatma Gandhi University, Kerala, India. He published more than 20 articles, 4 reviews and more than 30 book chapters and acts as guest editor for 4 international journals.