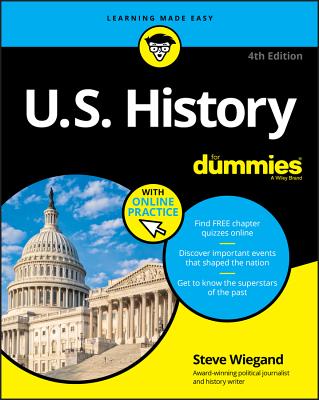 The United States is undergoing a period of intense political and social change. From the rise of the Tea Party, to social media's effect on American life and politics, this new edition fills in the gaps of this Nation's story.

Award-winning political journalist and history writer Steve Wiegand guides you through the events that shaped our nation, from pre-Columbian civilizations to the 21st century. The explorers, the wars, the leaders, and the eras are all fully explored and explained, demonstrating how the past influences the future.

Steve Wiegand is an award-winning political journalist and history writer. Over a 35-year career, he worked as a reporter and columnist at the San Diego Evening Tribune, San Francisco Chronicle, and Sacramento Bee. He is the author or coauthor of seven books dealing with various aspects of U.S. and world history.