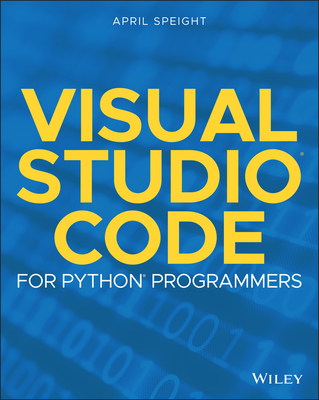 Visual Studio Code for Python Programmers helps Python developers become not just familiar, but productive in Visual Studio Code. To start, you'll find the steps for installing Visual Studio Code on Windows, Mac and Linux platforms, along with an introduction to the editing features of the workspace. Coverage of more advanced functionality includes managing source code, debugging, unit testing, and Jupyter Notebook support. The book finishes with a walk-through of real-world projects which utilize Visual Studio Code features introduced in the book.

For developers, the choice of an editor is a very personal one. You have idiosyncratic needs and wants that are unique to you as a developer. This book will help you learn how to customize Visual Studio Code to meet your needs and Python development workflow.

A final section on Real World Applications will step you through several examples (and features integration with Django, Flask, Jupyter Notebook, Docker, and Azure), so you can hit the ground running with Visual Studio Code.

APRIL SPEIGHT is a developer who specializes in Python and conversational design for chat bots and AI Assistants. Her passion for learning and teaching Python led to her first published title, Bite-Size Python: An Introduction to Python Programming. She currently works on content creation and developer community engagement for Spatial Computing and Mixed Reality at Microsoft.