Image Processing and Analysis with Graphs: Theory and Practice 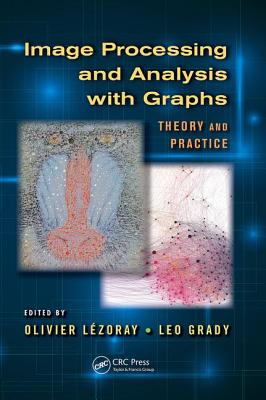 Covering the theoretical aspects of image processing and analysis through the use of graphs in the representation and analysis of objects, Image Processing and Analysis with Graphs: Theory and Practice also demonstrates how these concepts are indispensible for the design of cutting-edge solutions for real-world applications.

With the explosive growth in image production, in everything from digital photographs to medical scans, there has been a drastic increase in the number of applications based on digital images. This book explores how graphs--which are suitable to represent any discrete data by modeling neighborhood relationships--have emerged as the perfect unified tool to represent, process, and analyze images. It also explains why graphs are ideal for defining graph-theoretical algorithms that enable the processing of functions, making it possible to draw on the rich literature of combinatorial optimization to produce highly efficient solutions.

Some key subjects covered in the book include:

Use of graphs has become very influential in computer science and has led to many applications in denoising, enhancement, restoration, and object extraction. Accounting for the wide variety of problems being solved with graphs in image processing and computer vision, this book is a contributed volume of chapters written by renowned experts who address specific techniques or applications. This state-of-the-art overview provides application examples that illustrate practical application of theoretical algorithms. Useful as a support for graduate courses in image processing and computer vision, it is also perfect as a reference for practicing engineers working on development and implementation of image processing and analysis algorithms.

received his B.Sc. degree in electrical engineering from the University of Vermont in 1999 and a Ph.D. degree from the Cognitive and Neural Systems Department at Boston University in 2003. Dr. Grady was with Siemens Corporate Research in Princeton, where he worked as a Principal Research Scientist in the Image Analytics and Informatics division. He recently left Siemens to become Vice President of R&D at HeartFlow. The focus of his research has been on the modeling of images and other data with graphs. These graph models have generated the development and application of tools from discrete calculus, combinatorial/continuous optimization, and network analytics to perform analysis and synthesis of the images/data. The primary applications of his work have been in computer vision and biomedical applications. Dr. Grady currently holds 30 granted patents with more than 40 additional patents currently under review. He has also contributed to more than 20 Siemens products that target biomedical applications and are used in medical centers worldwide.