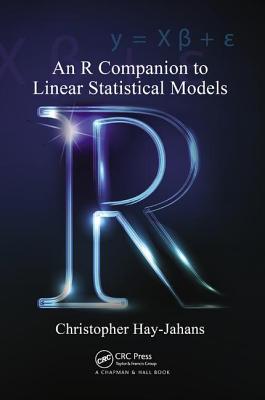 Focusing on user-developed programming, An R Companion to Linear Statistical Models serves two audiences: those who are familiar with the theory and applications of linear statistical models and wish to learn or enhance their skills in R; and those who are enrolled in an R-based course on regression and analysis of variance. For those who have never used R, the book begins with a self-contained introduction to R that lays the foundation for later chapters.

This book includes extensive and carefully explained examples of how to write programs using the R programming language. These examples cover methods used for linear regression and designed experiments with up to two fixed-effects factors, including blocking variables and covariates. It also demonstrates applications of several pre-packaged functions for complex computational procedures.

Christopher Hay-Jahans received his Doctor of Arts in mathematics from Idaho State University in 1999. After spending three years at University of South Dakota, he moved to Juneau, Alaska, in 2002 where he has taught a wide range of undergraduate courses at University of Alaska Southeast. Each year, since 2004, he has also been teaching a course on regression and analysis of variance. Students enrolling in this course have included UAS undergraduates, masters and doctoral students from the Juneau Campus of the University of Alaska Fairbanks School of Fisheries and Ocean Sciences, as well as area professionals in the applied sciences. This work was developed as a supplement for his regression and analysis of variance course and is geared to cover topics from a wide range of textbooks, as well as address the interests, needs, and abilities of a fairly diverse group of students.