Police Leadership in a Democracy: Conversations with America's Police Chiefs 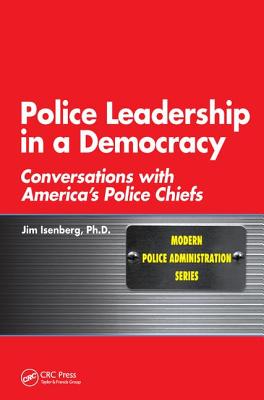 Every day the media floods the airwaves with their often-contradictory version of the role and behavior of the police force. Based on this, you might think that police officers either brutally enforce their own interpretation of the nation�s laws or use all the modern tools available to carefully and persistently uncover the special clues that lead to the identification and arrest of suspected criminals. Based on interviews with 26 police chiefs, Police Leadership in a Democracy: Conversations with America�s Police Chiefs takes a poignant journey through the minds of the men and women who have risen to the top of a profession essential to the country�s safety and security. The book�s interview format gives a voice to police chiefs from cities and regions as diverse as Newark, New Jersey; Lenexa, Kansas; and Richmond, California. They discuss their visions for their departments and the challenges they faced bringing that vision to fruition, including mistakes made along the way. The chiefs speak candidly about their relationships with mayors, unions, community leaders, and their own officers. Highlighting the importance of these inherently challenging relationships, chiefs assess their strengths and, in some cases, their failures. They explain their approaches to working with the community to reduce crime and the difficulties involved in gaining support for these community policing efforts. Though their jurisdictions were different, the chiefs universally recognized the fundamental need to develop and support their police officers while building strong relationships between the community and the political structure of the city. Opening a window to the day-to-day realities of police leadership, this book offers a realistic view of the challenges of motivating street cops to enforce the law in a way that helps citizens build trust in it and in them.