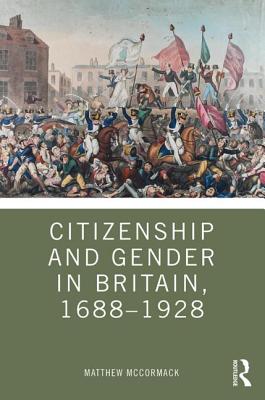 explores the history of citizenship in Britain during a period when admission to the political community was commonly thought about in terms of gender.

Between the Glorious Revolution of 1688 and the Equal Franchise Act of 1928 the key question in British politics was what sorts of men - and subsequently women - should be admitted to citizenship, particularly in terms of parliamentary suffrage. This book makes new links between the histories of gender and politics, and surveys exciting recent work in these areas. By examining central topics such as political masculinity, electoral culture, party politics and women's suffrage through this lens, it expands not only the remit of gender history but encourages the reader to rethink how we approach the history of politics. It explores the close connections between gender, nation and class in Britain, and advocates a new cultural history of politics for the period between the seventeenth and twentieth centuries.