The Dark Side of Game Play: Controversial Issues in Playful Environments (Routledge Advances in Game Studies) 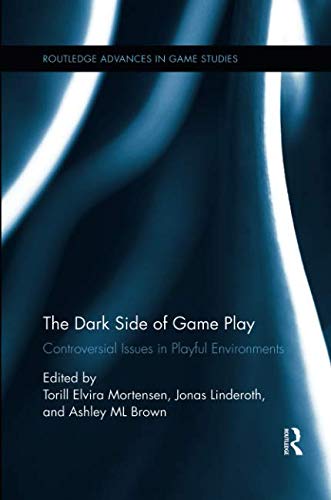 Games allow players to experiment and play with subject positions, values and moral choice. In game worlds players can take on the role of antagonists; they allow us to play with behaviour that would be offensive, illegal or immoral if it happened outside of the game sphere. While contemporary games have always handled certain problematic topics, such as war, disasters, human decay, post-apocalyptic futures, cruelty and betrayal, lately even the most playful of genres are introducing situations in which players are presented with difficult ethical and moral dilemmas. This volume is an investigation of "dark play" in video games, or game play with controversial themes as well as controversial play behaviour. It covers such questions as: Why do some games stir up political controversies? How do games invite, or even push players towards dark play through their design? Where are the boundaries for what can be presented in a games? Are these boundaries different from other media such as film and books, and if so why? What is the allure of dark play and why do players engage in these practices?