Dungeons and Desktops: The History of Computer Role-Playing Games 2e 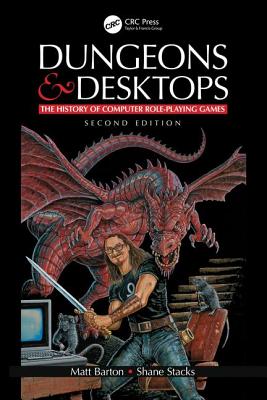 Computer role-playing games (CRPGs) are a special genre of computer games that bring the tabletop role-playing experience of games such as Dungeons & Dragons to the computer screen. Thisnew edition inlcudes two new chapters: The Modern Age, and a chapter on Indies and Mobile CRPGs. The new modern age chapter will cover, among other topics, Kickstarter/FIG crowdfunded projects such as Torment: Tides of Numenera and Pillars of Eternity. It'll also bring the book up to date with major games such as Dragon Age, Witcher, Skyrim. Expanded info in first chapter about educational potential of CRPGs. Color figures will be introduced for the first time.