Inside Blockchain, Bitcoin, and Cryptocurrencies 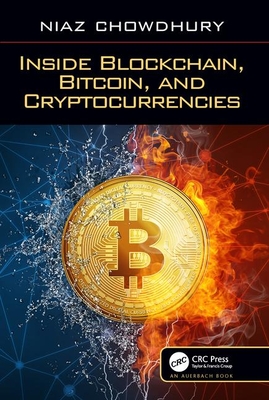 This book covers blockchain from the underlying principles to how it enables applications to survive and surf on its shoulder. Having covered the fundamentals of blockchain, the book turns to cryptocurrency. It thoroughly examines Bitcoin before presenting six other major currencies in a rounded discussion. The book then bridges between technology and finance, concentrating on how blockchain-based applications, including cryptocurrencies, have pushed hard against mainstream industries in a bid to cement their positions permanent. It discusses blockchain as underlying banking technology, crypto mining and offering, cryptocurrency as investment instruments, crypto regulations, and markets.

Dr. Niaz Chowdhury is a postdoctoral researcher working with blockchain technology in the European Union funded project QualiChain. His research experience spans over a decade across three British and Irish nations in England, Scotland and Ireland. He presently holds a Research Associate position in the Open Blockchain group of Knowledge Media Institute, a small but renowned and well-regarded research lab within the Open University in England. He also completed two more postdocs before joining this position, one in the Department of Computing and Communication in the same university working for the Big Data and Smart City project MK: Smart while another at his current lab in the Data Science group. Dr. Chowdhury obtained his PhD from the School of Computing Science of the University of Glasgow in Scotland, as a recipient of the prestigious Scottish ORS Scholarship. He was also a research scholar at the School of Computer Science in Trinity College Dublin where he received Government of Ireland IRCSET Embark Initiative Scholarship. His earlier academic achievements include a bachelor and a master degree with gold medal distinction in Computer Science and Engineering from East West University, Bangladesh. Dr. Chowdhury published numerous journal articles, conference papers and book chapters on the blockchain technology, the Internet of Things, wireless networks and data science.