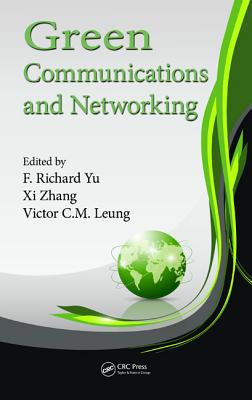 Green Communications and Networking introduces novel solutions that can bring about significant reductions in energy consumption in the information and communication technology (ICT) industry--as well as other industries, including electric power. Containing the contributions of leading experts in the field, it examines the latest research advances in green communications and networking for next-generation wired, wireless, and smart-grid networks.

He received the Carleton Research Achievement Award in 2012, the Ontario Early Researcher Award in 2011, the Excellent Contribution Award at IEEE/IFIP TrustCom 2010, the Leadership Opportunity Fund Award from Canada Foundation of Innovation in 2009 and the Best Paper Awards at IEEE/IFIP TrustCom 2009 and Int'l Conference on Networking 2005. His research interests include cross-layer design, security and QoS provisioning in wireless networks.