Code Nation: Personal Computing and the Learn to Program Movement in America 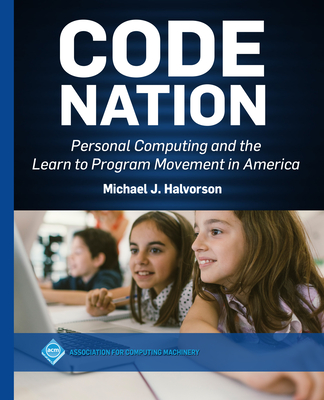 Code Nation explores the rise of software development as a social, cultural, and technical phenomenon in American history. The movement germinated in government and university labs during the 1950s, gained momentum through corporate and counterculture experiments in the 1960s and 1970s, and became a broad-based computer literacy movement in the 1980s. As personal computing came to the fore, learning to program was transformed by a groundswell of popular enthusiasm, exciting new platforms, and an array of commercial practices that have been further amplified by distributed computing and the Internet. The resulting society can be depicted as a "Code Nation"-a globally-connected world that is saturated with computer technology and enchanted by software and its creation.

Code Nation is a new history of personal computing that emphasizes the technical and business challenges that software developers faced when building applications for CP/M, MS-DOS, UNIX, Microsoft Windows, the Apple Macintosh, and other emerging platforms. It is a popular history of computing that explores the experiences of novice computer users, tinkerers, hackers, and power users, as well as the ideals and aspirations of leading computer scientists, engineers, educators, and entrepreneurs. Computer book and magazine publishers also played important, if overlooked, roles in the diffusion of new technical skills, and this book highlights their creative work and influence.

Code Nation offers a "behind-the-scenes" look at application and operating-system programming practices, the diversity of historic computer languages, the rise of user communities, early attempts to market PC software, and the origins of "enterprise" computing systems. Code samples and over 80 historic photographs support the text. The book concludes with an assessment of contemporary efforts to teach computational thinking to young people.