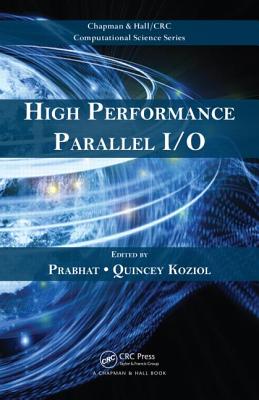 The first part of the book explains how large-scale HPC facilities scope, configure, and operate systems, with an emphasis on choices of I/O hardware, middleware, and applications. The book then traverses up the I/O software stack. The second part covers the file system layer and the third part discusses middleware (such as MPIIO and PLFS) and user-facing libraries (such as Parallel-NetCDF, HDF5, ADIOS, and GLEAN).

Delving into real-world scientific applications that use the parallel I/O infrastructure, the fourth part presents case studies from particle-in-cell, stochastic, finite volume, and direct numerical simulations. The fifth part gives an overview of various profiling and benchmarking tools used by practitioners. The final part of the book addresses the implications of current trends in HPC on parallel I/O in the exascale world.

Quincey Koziol is the director of core software development and HPC at The HDF Group, where he leads the HDF5 software project. His research interests include HPC, scientific data storage, and software engineering and management.