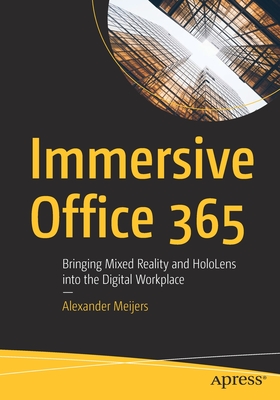 ​Alexander Meijers is a professional who inspires, motivates, and supports others while helping them to innovate. His goal is to help organizations achieve more by creating, improving, and working smarter as well as shortening business processes and improving the environment for employees. As a Global XR Tech lead and Microsoft Windows MVP for Mixed Reality, and working for Avanade, Alexander understands business issues and translates them into logical solutions using technology. He supports companies in applying emerging experiences during their journey to transition to digital. He works with technologies such as virtual, augmented, and mixed reality in combination with cloud services such as the Mixed Reality services and Azure Digital Twins from the Microsoft Azure platform, Office 365, and Dynamics 365. Alexander's primary focus is in manufacturing, utilities, and the engineering and construction sector. However, he certainly does not stay away from other sectors. He engages in speaking, blogging, and is an organizer of local and global events such as the Mixed Reality User Group in the Netherlands and globally with the Global XR Talks and Global XR Bootcamp that are part of the GlobalXR.Community.