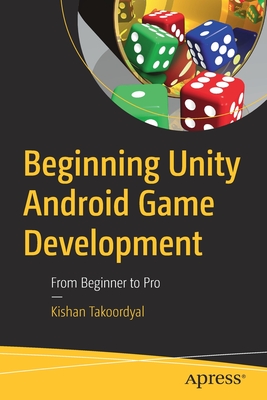 Master the art of programming games for Android using the Unity3D game engine. This book will help you understand basic concepts of game development in Unity. By the end of Beginning Unity Android Game Development, you will have the knowledge to confidently build an Android game.

The book starts by explaining simple programming concepts to make beginners comfortable with the jargon. You will then learn to navigate around the Unity interface and use basic tools (hand, move, rotate, scale, and rect). You will also be acquainted with the creation of basic 3D objects in the game while understanding the purpose of several of Unity's windows.

In the last chapters, you will learn to create a simple game for Android using the concepts studied in the previous chapters. Scripts will be written to handle the behaviors of the player and enemies as well as to handle other aspects of the game. The author shares tips along the way to help improve in-game performance, such as switching to the universal rendering pipeline when targeting mobile platforms.

At the end of the book, you will have a solid knowledge in making basic Android games that can be upgraded later to make more complex games.

Absolute beginners learning to program games for the Android platform using Unity3D. Basic knowledge of programming would be beneficial for the reader but is not required.

Kishan started out by learning programming at a young age with Python. Finding a bigger interest in game development, he has been developing games using the Unity game engine for over four years now. He is also a Linux lover and has worked on his own distribution. Currently, he resides in his home country, Mauritius, where he often participates in major technical events and hackathons with Cyberstorm.mu while developing quality games and improving his portfolio with new skills.