Java Performance: In-Depth Advice for Tuning and Programming Java 8, 11, and Beyond 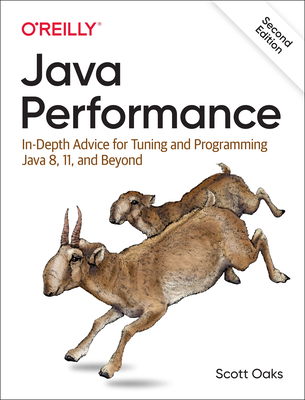 Coding and testing are generally considered separate areas of expertise. In this practical book, Java expert Scott Oaks takes the approach that anyone who works with Java should be equally adept at understanding how code behaves in the Java Virtual Machine--including the tunings likely to help performance. This updated second edition helps you gain in-depth knowledge of Java application performance using both the JVM and the Java platform.

Developers and performance engineers alike will learn a variety of features, tools, and processes for improving the way Java 8 and 11 LTS releases perform. While the emphasis is on production-supported releases and features, this book also features previews of exciting new technologies such as ahead-of-time compilation and experimental garbage collections.

Scott Oaks is an architect at Oracle Corporation, where he works on the performance of Oracle's middleware software. Prior to joining Oracle, he worked for years at Sun Microsystems, specializing in many disparate technologies from the SunOS kernel to network programming and RPCs to windows systems and the OPEN LOOK Virtual Window Manager. In 1996, Scott became a Java evangelist for Sun and in 2001 joined their Java Performance group--which has been his primary focus ever since. Scott also authored O'Reilly's Java Security, Java Threads, JXTA in a Nutshell, and Jini in a Nutshell titles.