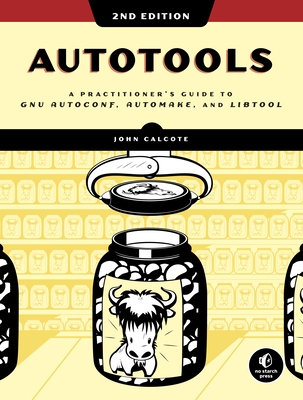 The long awaited update to the practitioner's guide to GNU Autoconf, Automake, and Libtool

Autotools is the first book to offer programmers a tutorial-based guide to the GNU build system. The new and improved second edition of Autotools includes five new chapters on PkgConfig, unit testing with Autotest, internationalizing with GNU, the portability of gnulib, and using Autotools with Windows.

Autotools focuses on two projects: Jupiter, a simple "Hello, world " program, and FLAIM, an existing, complex open source effort containing four separate but interdependent subprojects. Follow along as the author takes Jupiter's build system from a basic makefile to a full-fledged Autotools project, and then as he converts the FLAIM projects from complex hand-coded makefiles to the powerful and flexible GNU build system.

You'll learn how to:

Leave the guesswork behind, and master the Autotools build system with Autotools

John Calcote is currently a Senior Software Engineer at Hammerspace in Salt Lake City. He lives in the Provo, Utah area. He's been writing portable networking and storage software for over 25 years. His interests include open source software and participation in open source communities. He spends some of his free time playing around with Linux and the free software the runs on it. He also enjoys cooking and woodworking as hobbies.