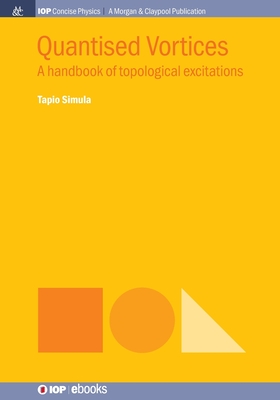 Vortices comprising swirling motion of matter are observable in classical systems at all scales ranging from atomic size to the scale of galaxies.

In quantum mechanical systems, such vortices are robust entities whose behaviours are governed by the strict rules of topology. The physics of quantum vortices is pivotal to basic science of quantum turbulence and high temperature superconductors, and underpins emerging quantum technologies including topological quantum computation. This handbook is aimed at providing a dictionary style portal to the fascinating quantum world of vortices.